On Leading Through Values

Almost one year into the Engineering Manager role, I thought of providing more clarity to the team regarding what this role is about. What I did was to give a brief presentation about it, and there it was, a slide titled “What’s on my mind” (yeah, “kudos” on the great titles). 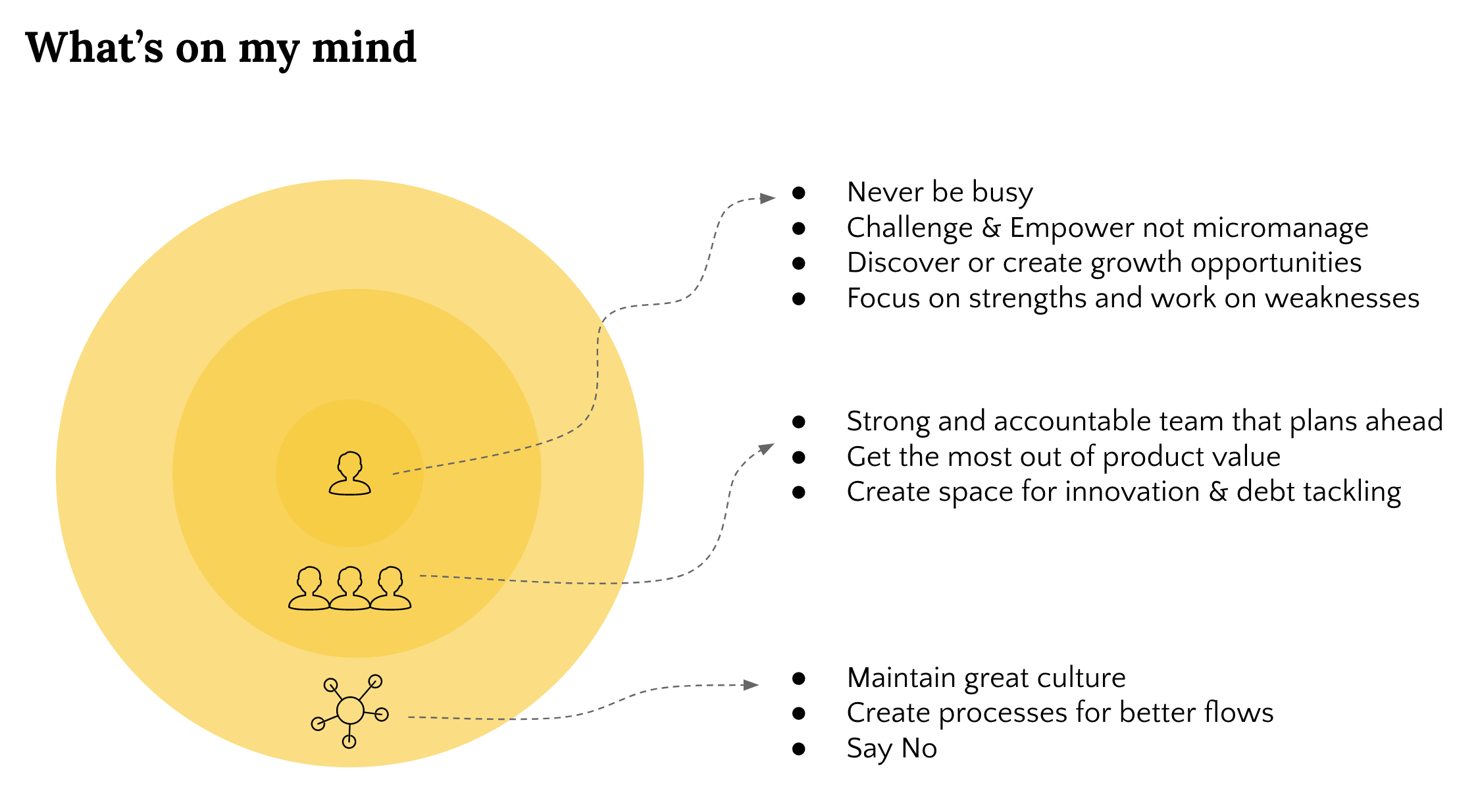 I’m not sure what I was trying to accomplish with it, but it was probably an effort to explain “What a manager does” at an individual, team and organizational level. In reality, it was a combination of values and responsibilities (who knows what 2019 Thanos was thinking).

Looking back, I see awkwardness and difficulty articulating my thoughts (slide title FTW again). The truth is, though, that some of these values are still values I live by - well, they’ve evolved, as we all do - and writing them down was equally beneficial to me as it might have been for the team. But why?

Why Have a Set of Values

Guidance. To know when you live by those or not - just as a company does - and cross-correct if needed. Especially in hard times, having your own values can guide you and get you out of a difficult place. Hiring, firing, promoting, saying the difficult thing, choosing the right battles, even staying in the company you work for, or leaving for another gig. You pick. Each and every day is full of decision making.

And why write them down? For one, If you write them down, it becomes real. And the other reason is to recognize dumb ideas before letting them out in the world.

Why Communicate Your Values

First and foremost, you are now accountable to more than yourself. No vague grey areas. “I’m accountable to you to do this, and you have every right to call me out if I’m full of BS”. Be cautious. This is a make or break situation.

As I mentioned, some of your values will change at some point, but as long as you are evolving and not bending the rules, everything will be fine!

Then I know it’s a bit obvious, but nobody can read your mind, and people don’t have the time to observe. They got things to do. Communicating your values gives them a better idea of your actions, and you might inspire your team to follow this practice.

This has worked great for me so far, so what would I suggest to my past self before 2019?

Hey friend, you can browse offline!